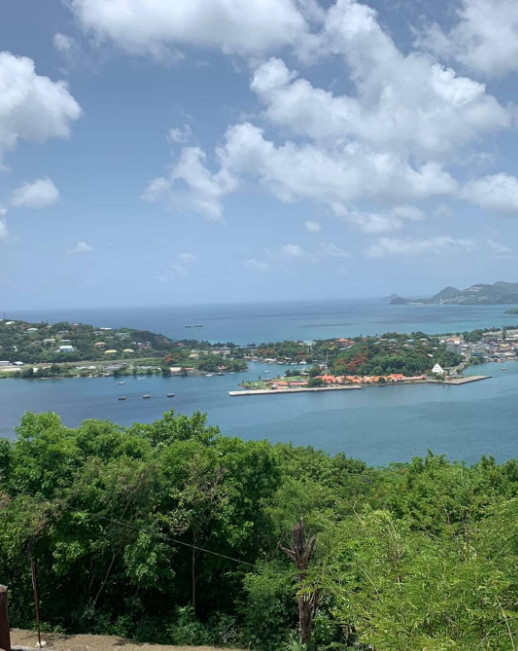 St. Lucia was amazing. Definitely something to experience. St. Lucia is a mountainous island so getting from one end to the next will take some time, but its a beautiful island. I stayed at Rodney Bay Inn in Gros Islet. They had a there main hotel Rodey Bay Hotel next door where I was able to get breakfast lunch and dinner. Behind Rodney Bay Inn was Rodney Bay Mall where there was a plethora restaurants, shops, and bar. Their national breakfast is saltfish, salad, and bread. Piton and Strongbow were two of there local drinks. Along the strip I was able to visit a couple of local restaurants. Rituals Coffee where i had the St. Lucian breakfast (saltfish, salad, and bread) and a piton. I went to Crave where they had the bomb veggie pasta, so flavorful, and a passionfruit Ting. There was a buffet spot called The Triangle where you can have 4-5 sides and a main for 20EC-25EC that’s like $10. 1usd is 2.70 EC (East Caribbean Dollars) You can get real authentic St. Lucian food there. Thats where many locals go.
When it comes to flights like anywhere the sooner the better. I booked mines in Feb. and paid $650 but it was to the further airport, the closer aiport cost 1k at that time. I went for there carnival in July. I would recommend going for 7 days. Thurs.-Thurs. Parties started to release in March. The parties I went to were: Mess, Brazen, Raff Up, Remedy, and Indulgence. I played with Xuvo on the road an they didn’t disappoint. I give them an 8/10. The costumes are reasonably priced, I paid $480 for by backline costume with wire bra.
I was able to squeeze in some touristy things. I took a picture with the famous Piton Mountain (Gros & Petit Piton), experienced Toraille waterfall (Soufriere, St. Lucia), and did the volcano mud bath at Sulphur Springs, which is the only drive through volcano, (Soufriere, St. Lucia). Morne Fortune is a nice location to see the view of Castries, St. Lucia its on the way to the waterfall and volcano.I would definitely go back and reccomend anyone who thought about it to go.

Nonstop! New York and Boston to Barcelona, Spain from $283 R/T

Nonstop! Atlanta and Miami to Panama City, Panama from $208 R/T

Doing exercise with a heavy weight bar inside gym